Back to Work Page

Fisherfield Childcare is a leading early years childcare provider operating children’s day nurseries and holiday clubs for parents in the Rochdale and Bury region. The company wanted to show people how its purpose-built nurseries offer children a safe and secure environment to play and learn under the supervision of motivated and qualified nursery practitioners. It decided that video would be an effective way to highlight the services available across its nurseries and to demonstrate how its children thrive and are happy. We previously worked with the Fisherfield Childcare management team on a successful video project aimed at promoting its soft play party venue Running Wild and were delighted to be chosen once again to provide video production services. 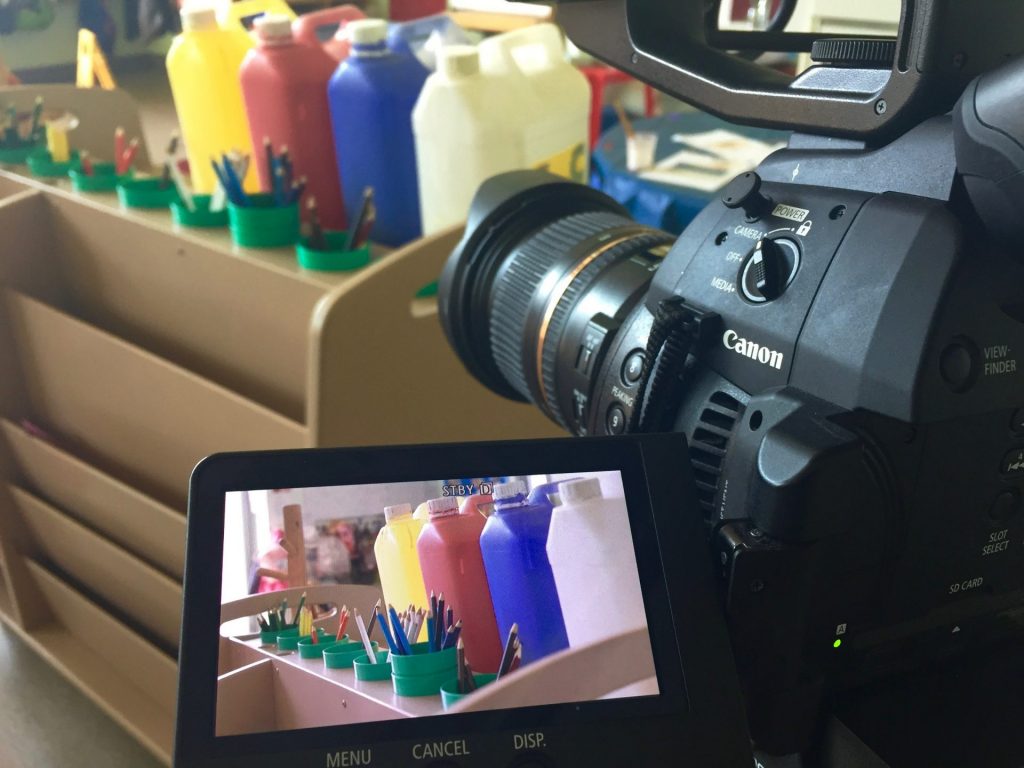 How we worked with Fisherfield Childcare

Over several weeks, we filmed on location at a total of eight nurseries operated by Fisherfield Childcare, including Bury College Nursery and The School House in Rochdale.

Getting children to express themselves naturally on camera takes special attention and consideration.

All the children were very young and, as ‘strange faces’ in their environment, it was essential that we first took time to get to know the children, winning their confidence so that when the cameras started to roll, they were at ease and able to interact naturally.

Recognising that the equipment we use to film could be both distracting and a little intimidating to some youngsters, we took a staged approach to the filming sessions. After all, even adults can go from calm and comfortable to ‘deer in headlights’ when they see a camera!

The Pixelwave Creative crew first spent time ‘hanging out’ in the space with the children, with no video production equipment on site. Only when we had gained trust with the children did we slowly introduce the equipment to them.

The aim of the filming session was to capture the children as they enjoyed their day to day activities without being distracted by our movements. We wanted to film their natural play, learning and reactions to their environment, their peers and the activities they were partaking in. 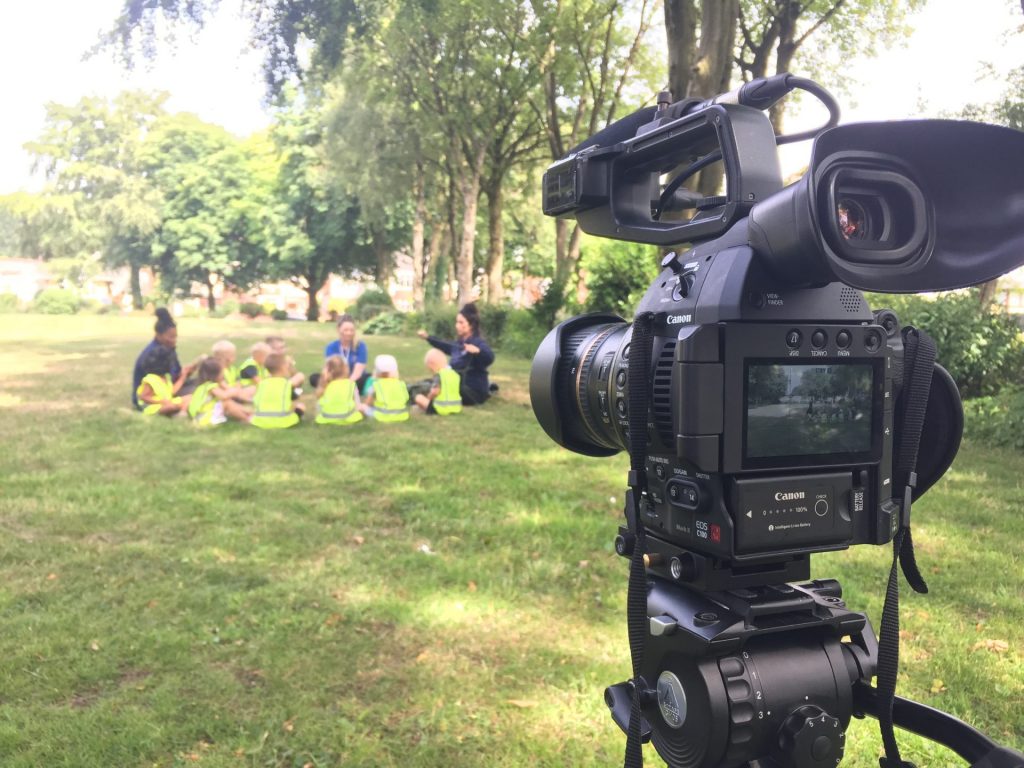 Most of the children were too young to take direction from us – it’s always challenging enough asking an adult that’s never acted before to try and perform on camera. Asking a three-year-old to do the same would inevitably lead to a strange look, them running off, or doing the exact opposite to what we they were asked.

The management requested consent from the parents and carers of all the children featured in the videos. Where consent was not given, it was important to remove these children from any filming situation, with extra care given during the editing process to ensure that no footage had been captured.

Using footage from each day, we produced eight individual nursery videos. All videos needed an element of individuality while maintaining the theme of the Fisherfield Childcare brand.

Each nursery had its own uniqueness that we were able to communicate through the visuals captured on camera. The consistency of branding across each video was achieved by producing stylish infographics to highlight the nursery’s benefits and features, with simple animation added to the predesigned corporate Fisherfield Childcare branding.

Background music for video can make or break the message you want to convey. For this styled series, we sourced music that was both upbeat and playful to finish the videos off nicely.

We also produced a company overview promo film utilising footage from each nursery to provide an introduction to Fisherfield Childcare and its ethos of providing bespoke learning development activities across its facilities.

“We already had a good website, but everything on it was static information and we wanted to engage with prospective customers in a way that would excite them more. We had seen how video was becoming more popular on the best websites, so we started to look round and chose Pixelwave Creative. From the outset JP was easy to work with and we felt confident in his ability to produce what we wanted. The end product was amazing, and it has had a major positive impact on our marketing campaign. We wouldn’t hesitate to recommend them as a supplier.” 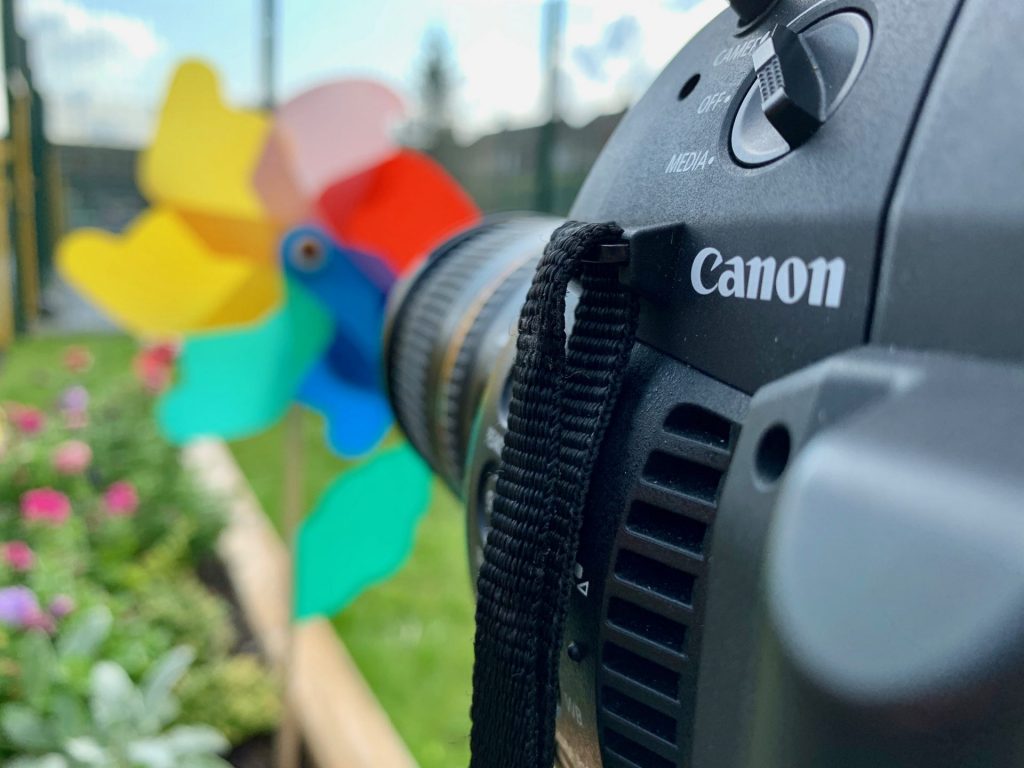